The Other Baby Bump – When Pregnancy Increases Reasonable Notice 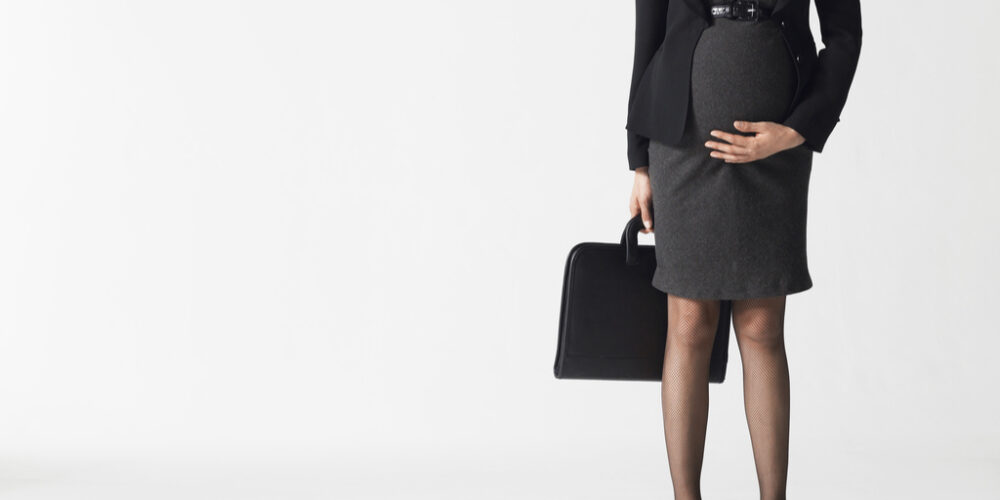 Factually speaking, both of these beliefs are incorrect. Just because it is widely believed that an employer ‘cannot’ do something, this does not mean that it does not happen on a regular basis. Yet this does not eliminate the consequences. For example, terminating someone’s employment for ‘no reason,’ may be legal, but it does not avoid a claim for wrongful dismissal.

Similarly, terminating someone’s employment while they are pregnant or on parental leave not only makes for poor optics, but can be a costly move for employers. Not only is the employer subjecting themselves to a probable human rights claim, but Ontario courts have recently found that pregnancy may increase an employee’s reasonable notice period that it will take them to find reemployment.

In Nahum v. Honeycomb Hospitality Inc., 2021 ONSC 1455, Sarah Nahum had been working as the Director of People and Culture for Honeycomb when her employment was terminated after 4 and a half months. At the time, Ms. Nahum was five months pregnant, which was known to her employers. She sued Honeycomb for wrongful dismissal, and both her and the employer’s lawyer agreed that the termination clause contained within her employment agreement was void, and did not restrict her from receiving common law notice.

Reasonable notice at common law is a determination made by a court of how long it would reasonably take someone, after being dismissed from their previous position, to find comparable employment. The factors, known in employment law as the Bardal factors, were set out by the Court decades ago, and are premised around four primary areas: the employee’s age at the time of dismissal, the character of their employment (nature of their work), how long they had been in their position, and the market that they will be entering into. These factors are an analysis that are more or less meant to balance the scales. For example, a 65-year-old employee who had worked in the same niche role for 40 years may have a more challenging time finding re-employment than someone half their age, whose skills are broadly transferable.

Her counsel argued that on account of her pregnancy she should receive an eight-month notice period, whereas Honeycomb argued that two months would be generous.

In the case of Ms. Nahum, none of the Bardal factors stood out as particularly remarkable. She was young, had only been with the company for a few months, and her skills in human resources would have been highly transferable elsewhere under ordinary circumstances. While she was an American immigrant with American credentials, she had landed two desirable job offers upon moving to Canada, thus casting her as a desirable candidate. Yet her lawyers argued that, because she was dismissed while pregnant, her pregnancy should be included as an additional ‘fifth factor’ in assessing her notice period.

The Court analyzed previous decisions that had taken pregnancy into account. In one, Harris v. Yorkville Sound Ltd., 2005 CanLII 46394 (Ont S.C.), the Court had ruled that even early into an employee’s pregnancy, their upcoming needs may make it difficult for them to find new work. This was not however the ruling in other previous cases, and thus the Court reviewed each prior ruling and their analysis carefully.

Honeycomb had argued that concluding pregnant employees will have a difficult time finding re-employment infers that employers are violating human rights, which the Court wholly rejected. There are employers who will as a matter of business necessity need a role filled for some time, and thus may acceptably consider a pregnant candidate unfit for a certain role. Honeycomb also argued that pregnant women regularly look for work, and there are websites devoted to this specific search. The Court turned that argument on its head, suggesting that the very fact that such websites exist indicate that pregnancy can be a disadvantage in the job search process.

Lastly, Honeycomb had argued that including pregnancy as an element of determining notice was problematic because it may open the door to other human rights characteristics being considered in hiring, such as height. The Court dismissed this argument as well, since other characteristics are unlikely to require a prolonged absence from work, but did not that pregnancy needs to be assessed on a case-by-case basis. For example, an employee who is searching for work that they intend to start some months later may not be disadvantaged by pregnancy at all.

In any event, the Court noted that Ms. Nahum had applied for 36 positions prior to giving birth, and received only one interview. She continued to apply for work, but still was not re-employed at the time of her judgment. The Court ruled that in Ms. Nahum’s case a five-month notice period would be appropriate.

As a broad rule, it is never advisable to terminate an employee while they are pregnant or on pregnancy or parental leave. Doing so can expose a business to a significant human rights claim, especially if there was any indication that the employee received hostile treatment because of their condition. With Nahum, the courts have shown employers that even beyond human rights concerns, employees let go while they are pregnant may be eligible for increased damages because of the consequences on their job search.

Yet there are of course instances where employees will need to be let go for legitimate business reasons no matter what their condition, especially when the business has no viable alternative courses of action. These terminations must be done carefully so as to avoid any human rights allegations, and should not be conducted without legal advice. Employees in these circumstances should always seek legal advice to review if there were any underlying human rights issues that may impact their termination entitlements.