Under The Microscope (Part 1): A Closer Look at Workplace Investigations 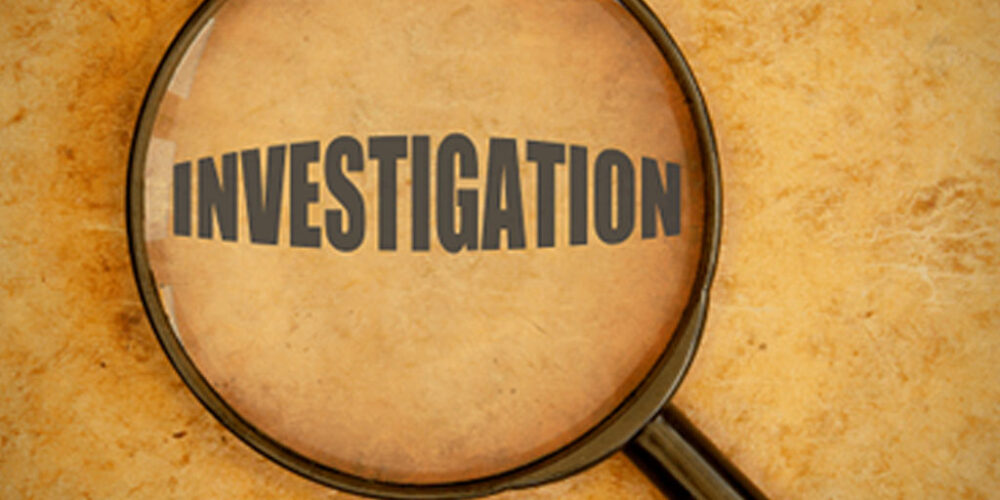 Managing employees can sometimes mean dealing with difficult and complex situations. For the most part employees are loyal and dedicated workers, who provide years of faithful service for an employer’s benefit. Most employees may never have a single disciplinary incident on their records, and watching employees grow and succeed in a company can be a manager’s greatest pleasure.

Yet employees are also human, and their relationships with each other can sometimes include conflict. These may be small squabbles that are not of great concern to management, but more concerning incidents can arise occasionally when tempers tend to flare. Other times it may be a new employee who clashes with other staff, or behaves inappropriately. Worse still are those who behave inappropriately in a sexual manner, whether through inappropriate glances and remarks or even physical assaults.

We’re going to look at workplace investigations in two parts – the first will be about why they are so important to employers, and the second will be an exploration of how we conduct investigations.

What The Law Says

While that law captured a number of incidents, it did not specifically encapsulate sexual harassment, which within a few years time had become a government priority. In 2016, the Ontario government further amended OHSA to include Bill 132, the Sexual Violence and Harassment Action Plan Act, which expanded the definition of workplace harassment to specifically include workplace sexual harassment, and offer concrete examples of what such harassment looks like.

Today with those two bills fully incorporated, OHSA clearly places a duty on employers to investigate incidents. The law reads [with a similar entry for workplace violence]

“to protect a worker from workplace harassment, an employer shall insure that,

(a)  an investigation is conducted into incidents and complaints of workplace harassment that is appropriate in the circumstances;

(b)  the worker who has allegedly experienced workplace harassment and the alleged harasser, if he or she is a worker of the employer, are informed in writing of the results of the investigation and of any corrective action that has been taken or that will be taken as a result of the investigation;

(c)  the program developed under section 32.0.6 is reviewed as often as necessary, but at least annually, to ensure that it adequately implements the policy with respect to workplace harassment required under clause 32.0.1 (1) (b); and

(d)  such other duties as may be prescribed are carried out.

Employers may have this duty under the law, but OHSA itself is also intentionally vague on what form an investigation must take. So, what does it mean to have one that is “appropriate in the circumstances?” Given the ambiguity in the law, employers reviewing OHSA are often left with several other key questions. What does harassment look like on the ground? When is an investigation needed? What actually has to be done? Who should be conducting this investigation? We’ll tackle some of these questions now, and outline the actual investigation process in part 2.

The descriptions within OHSA are somewhat vague, but most employers have come across some clear-cut examples, and some others that may be less-so. While some instances of harassment and bullying can involve yelling, screaming, and physical altercations, others may take the form of inappropriate jokes, snide comments, or even spreading gossip. If this sounds like a high school lunchroom, that’s because some examples can directly overlap.

OHSA does clarify that reasonable direction from management does not meet the threshold for workplace harassment, so reasonable performance management for example would not qualify. However, some managerial behaviours can reasonably be viewed as threatening or intimidating. Managers who assign work with completely unrealistic expectations, make tasks intentionally opaque or difficult to understand, and use an employee’s resulting failure as an excuse to belittle their performance can all meet the threshold for workplace harassment.

When is an investigation necessary?

OHSA provides that complaints of workplace harassment and violence must be taken seriously. The complainant does not need to be the person directly affected; even if a third-party witness reports an incident, and management is made aware of the situation, the responsibility is then on management’s shoulders to act.

However, OHSA does not specify what sort of investigation is necessary, just that it must be “reasonable within the circumstances.” This is, of course, for good reason. A single inappropriate remark for example, for which the offender quickly and sincerely apologizes, will likely not warrant a formal step-by-step investigation. A series of reported events though, or a serious allegation that is likely to sound alarm bells of legal consequences, should be dealt with quickly and thoroughly by the appropriate person.

In our next article we will look at who is an appropriate investigator, and offer a hypothetical scenario to explore the steps that an investigator will usually take in order to complete a comprehensive report. In the interim though, if you believe that you may require a workplace investigation, or are in the middle of one and would like further assistance navigating your next steps, contact us today.