A Level Playing Field: The Court Weighs In On Legal Advice 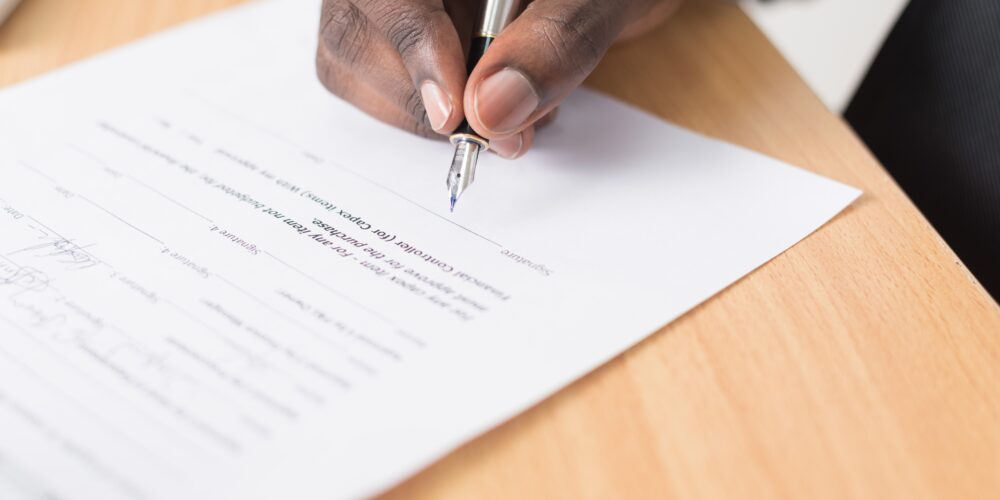 Employment contracts are not something that one should attempt to ‘try at home,’ or at least without professional knowledge and advice. Much like rewiring your own house, or trying that latest Tik Tok challenge, writing or reviewing one’s own employment contract can have surprise dangers lurking within.

Employment contracts can be delicate creatures. When written well, they are among the best forms of protection for an employer’s business. They set out a solid foundation for the working relationship between employers and employees, and can serve as the ultimate reference guide for any disputes that occur within that relationship. The trouble though is that employment law changes frequently, and contracts need to be regularly reviewed by a professional to make sure that they are up to date with the current legal requirements.

While employers should always seek legal advice when drafting employment contracts, employees are also usually not employment law professionals, and should seek similar advice in reviewing them before they sign off. An employee should always be given the opportunity to seek legal advice before signing a contract in order to help establish that the agreement was entered into fairly, and the employee did not sign under duress. Yet a recent Superior Court decision has shown that an employee’s legal advice does not just help them – it may be a game changer for employers as well.

Last summer we wrote about a case known as Waksdale that turned employment law on its head. The Ontario Court of Appeal subsequently weighed in, and agreed with the decision from the Ontario Superior Court. In Waksdale v. Swegon North America, 2020 ONCA 391, the Ontario Court of Appeal reaffirmed that even if part of an employment contract’s termination clause was potentially out of line with the legislation, the entire termination clause was no longer valid.

The decision came as a shock, because even though Mr. Waksdale’s employer did not terminate him for cause, he successfully argued that the ‘termination for cause’ portion of his contract violated the law, in order to obtain a higher notice period. In other words, simply because part of Mr. Waksdale’s contract was not worded properly, the whole contract could not then be used against him. In the Court’s words:

“An employment agreement must be interpreted as a whole and not on a piecemeal basis. The correct analytical approach is to determine whether the termination provisions in an employment agreement read as a whole violate the ESA [Employment Standards Act. 2000]. Recognizing the power imbalance between employees and employers, as well as the remedial protections offered by the ESA, courts should focus on whether the employer has, in restricting an employee’s common law rights on termination, violated the employee’s ESA rights.”

The case demonstrated to employers the clarity and precision required to ensure that an employment contract is not only legally sound at the time that it is written, but up-to-date as well. An employer simply grabbing a template contract off the internet is unlikely to know about such nuances, which could lead to expensive consequences.

The Benfits of Legal Advice – The Case of Rahman

While the Waksdale decision appeared to be a game changer, a recent case from Ontario’s Superior Court may have pressed pause – much to employers’ delight. In Rahman v. Cannon Design Architecture, 2021 ONSC 5961, Ms. Farah Rahman was a senior designer for roughly four years prior to her termination as a result of COVID-19 loss of business. Ms. Rahman filed a claim, arguing that her employment contract was invalid for numerous reasons and should not restrict her entitlements to common law notice pay. Paramount among those reasons was that similar to Mr. Waksdale, even though she was not fired for just cause, the ‘just cause’ section in the termination clause of her employment contract violated the ESA.

The Court, however, saw things differently. While the courts often take measures to recognize the power imbalance that naturally occurs between employers and employees, the Court recognized that that was not the case here. Ms. Rahman was a senior professional who was earning a high salary, and not a low-skilled employee who would have difficulty approaching her employment contract. Furthermore, and most crucially for her former employer, Ms. Rahman sought legal advice during her negotiations.

The legal advice obtained by Ms. Rahman made a tremendous difference for her case, and wound up being of great benefit to her employer. While most of the advice was privileged communication, the Court did review a thorough letter that her lawyer had sent to the employer as they were negotiating the contract. The evidence showed that Ms. Rahman’s lawyer explained the contract to her clearly, including the elements of the termination clause, and she proceeded to sign under her own free will.

While courts generally rule in line with previous decisions, this Court saw Ms. Rahman’s legal advice, and her equality of bargaining power, as a key differentiator. In the Court’s words, “Every contract – including this one – must be interpreted with a view to giving expression to the mutual intention of the parties as expressed in the words used by them. That intent is inferred from an examination of the surrounding circumstances. Conclusions reached in another case … are of limited assistance in construing the intention of these parties to this agreement in this context.” Given this balance of power, one side cannot simply choose to throw out the contract, and the Court ultimately ruled that Ms. Rahman’s termination clause remained valid.

It is too early to tell how the Court of Appeal might handle the ruling in Ms. Rahman’s case, but for now the decision is good news for employers. Employees should always be offered the opportunity to seek legal advice before agreeing to changes in the employment relationship. The law recognizes that employers have the upper hand, and an employee should never sign an agreement without understanding its implications. When they do have proper legal advice, the employer may come out better protected as well.

We regularly advise employers and employees on how to handle employment agreements and their working relationships. Contact us today to set up a consultation.