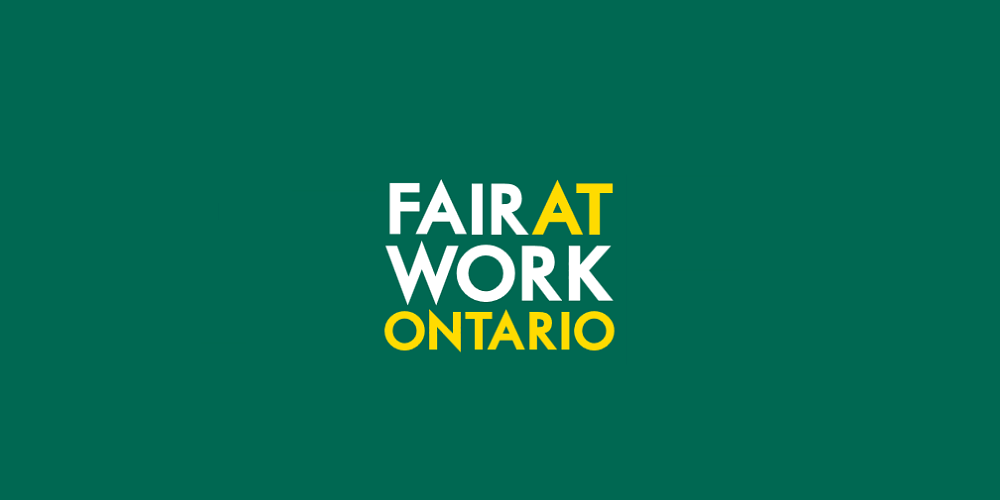 For many employers in Ontario, the workplace is almost unrecognizable from where it was two years ago. Employers who had never even contemplated remote work have now given up their office space and moved to a fully virtual format. Employees who may once have worked fixed hours moved quickly to flexible schedules, having to juggle their workplace responsibilities with their roles as parents, homeschool teachers, caregivers, and simultaneously having to juggle the mental and emotional struggles that we all faced during the heights of the pandemic.

Yet what once looked temporary has now taken on at least some degree of permanence. Some companies are slowly returning to the office, yet others have taken the opportunity to minimize their physical space, realizing employees may be more effective remotely long term. Now that we have begun to de-escalate from crisis mode, the realities of the workplace are permanently changed.

The Provincial government seems to agree. While this administration once took some heat over their elimination of paid sick days, they have now put forth new legislation that the Minister of Labour claims will “rebalance the scales” and “put workers in the driver’s seat.”

What Is The Working For Workers Act?

The government has said that the Working for Workers Act (“the Act”)  is a multipurpose bill that will correct some of the flaws they believe exist in the Employment Standards Act and other workplace legislation.

The initial news story to come out of the Act was one without much controversy. Food service delivery drivers have become the backbone of the restaurant industry during the pandemic, yet many restaurants had prevented them from using their bathrooms, likely due to sanitary precautions. The government announced that it wanted to mandate bathroom usage for delivery drivers as part of the Occupational Health and Safety Act – a move that barely raised eyebrows.

However, there are two other key components of the Act which took employers by surprise.

The Right To Disconnect

One of the Act’s proposed amendments to the Employment Standards Act will mandate workplaces of more than 25 employees to have a policy allowing employees the right to ‘disconnect’ from work after hours. The Act defines that as “not engaging in work-related communications, including emails, telephone calls, video calls or the sending or reviewing of other messages, so as to be free from the performance of work.”

Written policies would need to be within 6 months after the Act is passed into law, and the policy must be provided to new employees. However, the Act makes little mention of what actually needs to be contained within the policy for it to pass muster.

The proposed change is evidently inspired by more European models of work, where in some countries employers are strictly prohibited from contacting employees after hours. It is an unfamiliar model in Canada though, especially given that work from home ingenuity had many employers transitioning to more flexible working hours, with many employees only able to do their best work after their children or loved ones were asleep.

The new law will mean that organizations who have not established firm boundaries on working hours will have to undergo a significant cultural change. Employers will no longer be able to expect employees to stay online at all hours, or to respond to emails and instant messages in a quick turnaround after hours. Also, employers will have to enforce strict rules about overtime, and be cognizant about how to balance it with the right to disconnect.

While this may seem like a drastic change in the law, the reality is that non-competes have fallen out of favour with courts in recent years. While the courts once broadly recognized an employer’s ability to enter freely into contracts, they have now taken greater recognition of the uneven bargaining power between employers and employees.

This has meant that for a non-competition clause or agreement to be enforceable currently, it must be strictly limited in both the time period and the geography that it attempts to cover. Employees who leave a business must be free to earn a living, and so attempting to restrict their ability to work for the competition anytime in any location is not practical. Currently, non-competition agreements are usually limited to 6 months by courts, and within set local parameters in case an employee decides to move. Now, though, these parameters would be null and void, just like the clauses that they attempt to restrict.

It is important to remember that the Act has not passed yet, and may go through several rounds of revision at Queens Park before it finally becomes law. Thus, it is impossible to tell what exactly the law will say, or what guidance it will provide in terms of drafting policies.

It is likely though that significant changes to workplace law are on the way, and employers can always help prevent legal claims by staying up to date and compliant. Contact us today to set up a consultation.