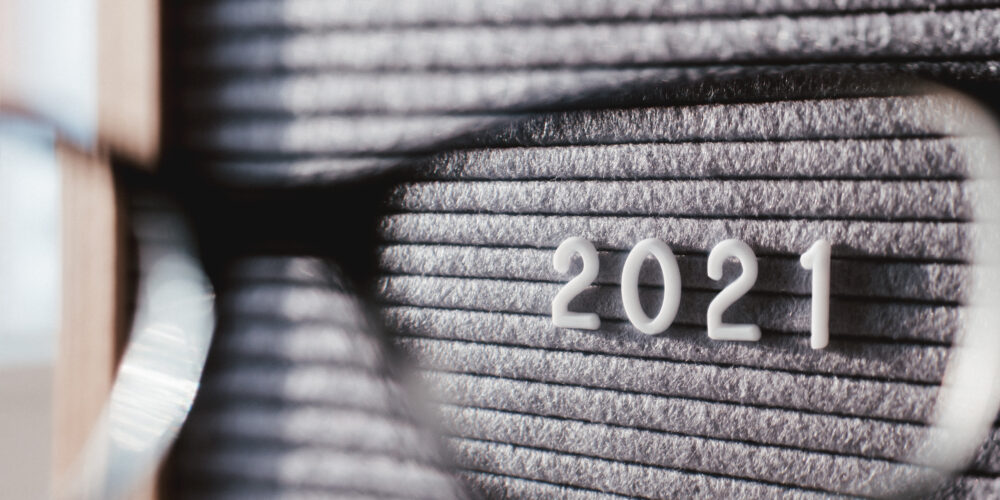 Remember when we thought that 2020 was a wild year? 2020 had started uneventfully enough, but ended in the grip of a global pandemic, with most Canadians working from home, and employers simply trying to keep their workers employed, let alone healthy and safe. As the year wound to a close, Canadians hoped that 2021 would mean a return to some sort of stable calm, and that the law might provide clarity on some of the glaring challenges employers faced while scrambling to keep pace with the pandemic.

As the saying goes, the more things change, the more they stay the same. Much has improved from 2020 – over 80% of eligible Canadians have received the vaccine. Workplaces started to re-open, but plans are being shelved once again as the Omicron variant elevates COVID-19 infections to new heights.

As the year winds down, we wanted to look back at some of the highlights of employment law in 2021.

Constructive Dismissal and the IDEL

Earlier this year we wrote about some key cases, namely Coutinho v. Ocular Health Centre, 2021 ONSC 3076, and Taylor v. Hanley Hospitality, 2021 ONSC 3135 (the links to our article on each case are at the citation). The two cases wrestled with the issue of whether the Infectious Disease Emergency Leave, created in response to the pandemic, could counteract what would otherwise be considered a constructive dismissal. The regulations to the newly-created leave expressly stated that a temporary reduction to workplace hours or wages would not be considered a constructive dismissal. Nevertheless, the Coutinho decision allowed a constructive dismissal claim to proceed, and the Taylor decision did not.
It appears that the discrepancy in the law still is not settled. The plaintiff in the Taylor decision will go before the Ontario Court of Appeal in the Spring of 2022, and the Province itself is seeking intervener status in the case. Stay tuned!

Return to The Workplace and Mandatory Vaccines

If you had asked us a year ago about mandatory vaccinations and mandatory infection testing policies throughout a workplace, we would have thought it unlikely if not impossible. Previously, cases had suggested that mandatory vaccines for communicable diseases were only appropriate for safety-sensitive workplaces, or should the needs of the role require them, and even then there were a number of caveats.

This Fall changed the game completely. Suddenly federal policy dictated mandatory vaccine policies broadly, with a number of large-scale industries following suit. Practically overnight, mandatory vaccine policies became the norm in many privatized workplaces. These policies of course have exceptions for those who are medically unable to receive the COVID-19 vaccine, or who may be protected under human rights grounds. However, while many policies initially had frequent testing requirements for those who were not willing to get the vaccine, others have taken a harder line – roll up your sleeve, or pack up your desk.

It remains to be seen how the law will view these policies moving forward. That said, dismissal for just cause, particularly in the non-unionized workplace, is unlikely to be justified as a response to employees who refuse to vaccinate.

When the Human Rights Tribunal of Ontario first opened to allow unrepresented complainants direct access back in 2008, it seemed like an easily accessible solution to address employees’ human rights concerns. While not the perfect fit in every case, employees who felt that their human rights had been violated could make a detailed complaint to the tribunal, generally a sympathetic audience, and in turn they might be awarded damages for their hurt feelings. The process moved relatively quickly, and could often reach a resolution quicker than litigation.

Backlogs now mean that is simply no longer the case. Responses are sometimes not delivered for more than a year after the initial application was filed, and mediation dates are not available until months after that. Timely resolution of human rights applications has suffered, to the detriment of both employees and employers. The Tribunal has hired extensively in response, and now has a full roster of Vice-Chairs (human rights adjudicators). Nevertheless, delays at the Human Rights Tribunal will continue for the foreseeable future as they attempt to clear the significant backlog.

Extraordinary Damages on the Rise

In the 1990s there was a line of case law that suggested that any employee who receives reasonable notice because of the termination of their employment should usually receive a few months of extra pay because of how they were treated. The ‘Wallace bump’ as it became known was standard fare for roughly a decade, until the Supreme Court ruled that mental distress damages do not just happen out of routine. Rather, there must be demonstrable mental illness, caused by harsh employer treatment, with a specific amount of compensation fixed as damages. Similarly, punitive damages, intended to punish employers for reprehensible behaviour were rarely awarded and reserved only for the most obvious reprehensible conduct.

Now though, it appears that mental distress and punitive damages are back on the rise. Recent cases have regularly seen plaintiffs awarded upwards of $20,000 or $25,000 as additional compensation for employer misdeeds during the termination process. Judges appear to be lowering the bar for conduct that warrants mental distress or punitive damages.

This represents an interesting trend, especially in light of the human rights challenges mentioned above, so it will be interesting to see if this trend continues.

Bill 27 and the ‘Right To Disconnect’

The most recent twist in employment law came this winter, when the Ontario government passed Bill 27, or the Working for Workers Act. The law brought about significant changes to the Employment Standards Act, 2000, including the elimination of non-competition clauses and the newfound ‘right to disconnect.’ The former was more of a headline-grabber than an effectual change, as courts have never permitted non-competition agreements to stand, except in very limited situations.

The right to disconnect though will be one of the key game changers for 2022. Employers with over 25 employees will have the next 6 months to draft a policy that allows workers to disconnect from the workplace – turn off devices and not respond to messages – during their off hours. The law has provided little guidance on these policies so far, so while a template is likely to be released in the coming months, it remains to be seen how employers will make the rules work for them.

As always, we will be keeping a close eye on the news, new case law, new legislation, and other important legal updates. As an employer, it is crucial to ensure that your employment contracts, your workplace policies, and every other element of your business is up to speed with the current state of the law to help make sure that you’re protected, and to avoid any unpleasant surprises.

Employment law will evolve, as it always does. Our hope is that the evolution occurs in the absence of a pandemic so we can get back to growing our businesses and communities.   Despite Omricon, there is a reason for optimism. This particular variant appears to be mild and hospitalization rates manageable. Vaccines are available and effective. Given our capacity to learn and adapt, there is good reason to believe the pandemic will end in 2022.  Contact us today to make sure that your business is in good shape for what’s to come.