The Dangers of the Rumour Mill 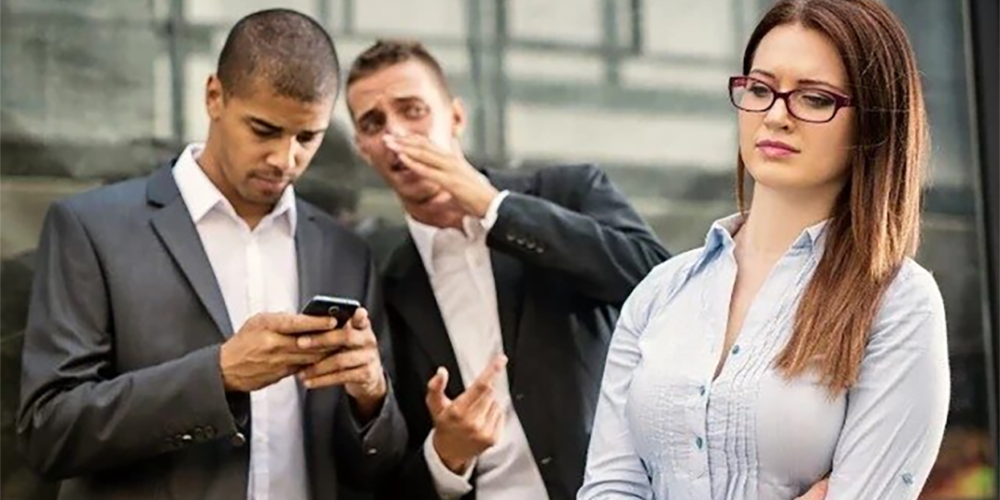 A key principle that runs through all of the dismissal cases we report on is that employers are free to terminate employment relationships, with the provision of notice or payment in lieu of notice.  The exception is where the law expressly prohibits termination for discriminatory reasons or reasons connected with a leave of absence.  In such cases, terminating the relationship can result in significant liability.

The recent decision of McGraw v. Southgate (Township), 2021 ONSC 7000 is a good example of the liability an employer can face in response to a termination that is fuelled by sexism and, generally, unfairness.

Ms. McGraw’s boss, David Milliner, was the Chief Administrative Officer of the township of Southgate. On a recording made at town council, Mr. Milliner explained his reasons for termination, which were primarily based on what was described at trial as “rumours,” but the Court ruled were “mostly unfounded, malicious, sexist falsehoods.” These included false statements about Ms. McGraw’s inappropriate behaviour, alleged promiscuity and inappropriate communications.

The Court held that many of the rumours that Mr. Millner relied on were false, misconstrued, or represented a clear double standard that can only be explained by Ms. McGraw’s gender. For example, there were numerous allegations that Ms. McGraw sent nude photographs of herself to various colleagues, when in fact all she had done was send provocative photos to her partner. Mr. Milliner further inflamed these rumours through his daughter and son-in-law who worked at nearby fire departments.

In the Court’s own words, “it is generous to call what Mr. Milliner did an ‘investigation’”. While he spoke with a few of the parties involved, his efforts were paltry at best. He never connected with key parties, including Ms. McGraw. Failed to interview witnesses and relied in large part on information that he had received from his daughter and son-in-law. He “came to incorrect conclusions because he [Milliner] relied so extensively on inaccurate and dated second-hand information.”

Mr. Milliner also hired an HR consultant in late 2018 to assist with the termination of Ms. McGraw, but misled the consultant about the state of affairs. He presented one-sided concerns that were solely based on sex (at no time was there any substantial concern with Ms. McGraw’s job performance or competency), and led the consultant to falsely believe that her dismissal was urgent. Both Mr. Milliner and the consultant used this suggestion of ‘urgency’ as an excuse not to interview Ms. McGraw about the allegations. The Court was unimpressed.

The day prior to the termination, Mr. Milliner met with the then fire chief, Don Zeggil, who it was rumoured was in a romantic relationship with Ms. McGraw. Mr. Zeggil warned Mr. Milliner that he was acting on rumours and falsehoods, and that it was all ‘gossip, hearsay, and bullsh**,’ but Mr. Milliner was undeterred.

While Ms. McGraw was terminated without cause, the parties could not agree on the length of her reasonable notice period. The Court ruled that while Ms. McGraw’s administrative role could easily be replicated elsewhere, finding another firefighter position would necessitate a move, and she was awarded a six-month notice period. Also, given her fluidly carrying on both roles even for a short time (which would have exhausted anyone else), her income earned at her other fire department was not held against her as mitigation income.

Rather, the substantial damages came as a result of the employer’s conduct. The Court described the unfairness with which Ms. McGraw was treated as “exceptional,” and Mr. Milliner’s investigation as “amateurish.” The conduct had a significant impact on her mental health, and in a small community she became ashamed to show her face in town. The Court awarded Ms. McGraw $75,000 for moral damages, an additional $35,000 for the gender-based discrimination prohibited under the Code, $20,000 for the defamatory statements made about Ms. McGraw’s professional conduct, and an additional $60,000 for punitive damages. The total amount awarded to Ms. McGraw was $190,000 to compensate for her employer’s conduct.

While this case may sound like a rare outlier, employers who are motivated by stubbornness to make foolish decisions are often penalized severely for them. In this case, the employer would have realized that he had no substantial evidence to support these allegations, and was warned expressly against acting on them, but chose to anyway. Mr. Milliner’s investigation was a one-sided attempt to get the answers that he wanted to hear, and at no point did he give the accused an opportunity to respond to any of the allegations. That approach wound up costing a small town a significant line item in their budget.

The case is also a reminder that even a without cause termination must be done in good faith, and not for discriminatory reasons. The employer was punished not only for the bad faith that they showed in how they conducted the termination, but the specific sex-based discriminatory statements that were uttered (and fabricated) as well.

Employers should always hesitate to terminate before receiving proper legal advice. A lawyer’s job is to assess the risk behind any employment decision, and will work with clients to find ways to mitigate that risk and ultimately protect the client’s bottom line. Contact us before you make any major decisions so that we can make sure you act in a way that’s best for your business and your team.