Sexual Harassment is Bad, but not that Bad – Ontario Court of Appeal 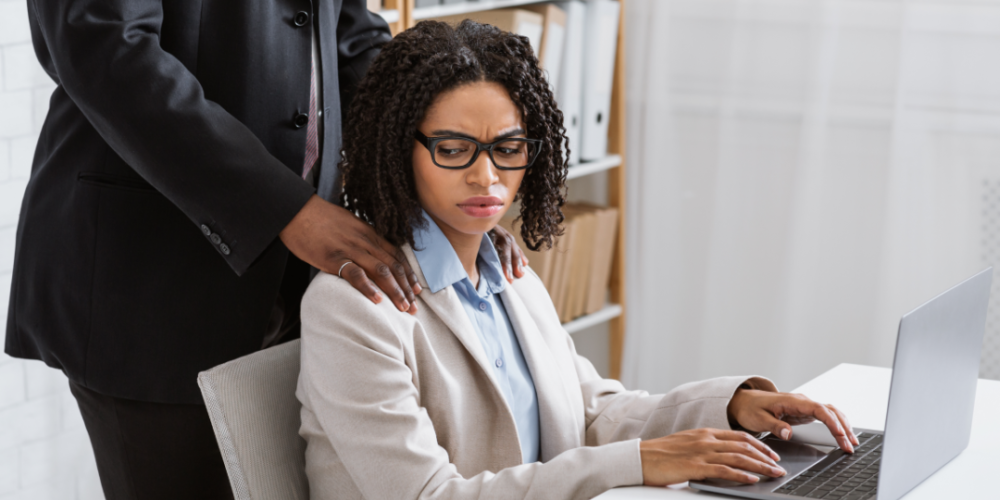 There may, however, be circumstances where notice of termination – even statutory minimums – does not have to be provided. Employee misconduct can exempt notice and severance requirements.

The standard for denying notice and severance entitlements is high. Poor performance, absent proof of remedial efforts by the employer, is unlikely to justify summary dismissal.  In contrast, theft of property is likely to be viewed as inexcusable misconduct. But, still, there are no bright line tests.

In Render v. ThyssenKrupp Elevator (Canada) Limited, the Ontario Court of Appeal reviewed the applicable standards for assessing employee misconduct that will justify zero notice of termination or severance.

In a climate of changing expectations and laws about how individuals should behave in a workplace, the defendant introduced an Anti-Harassment and Anti-Discrimination policy in 2014.

The Plaintiff, Mr. Render, was a senior manager, employed by the defendant and its predecessor for 30 years. He had an unblemished disciplinary record.  Shortly after the defendant’s policy was implemented, he found himself on the receiving the end of a complaint.

The complainant, Ms. Vieira, and the plaintiff, often engaged in jokes and banter. She’d tell him he was short or not as good looking as his brother. On one occasion, she jokingly punched him in the arm. Mr. Render thought they were friends. The banter between them was common throughout the office. Not unlike the locker room or football field, male employees would often tap each other on the buttocks and say “good game”.

In the presence of 4 other employees, Ms. Vieira called Mr. Render short. In response, Mr. Render crouched to the height of her breasts and responded “yes I am”, prompting laughter. As he rose, his hand touched Ms. Vieira’s buttocks and he said “good game”. The Complainant responded with shock.  Mr. Render’s subsequent actions did not suggest that he took the issue seriously, despite his apologies. He claimed that the physical contact was accidental. Following a formal complaint and a workplace investigation, he was fired with cause, with no notice or severance.

The trial judge agreed with the employer, finding that the employee’s actions constituted sexual harassment, and were not accidental.

Two Standards for Dismissal Without Notice

Terminating an employee, with cause, without any notice or severance, is considered the “capital punishment” of employment law.

Determining cause requires a contextual analysis of all the facts and circumstances, in accordance with the Supreme Court of Canada’s 2001 decision in McKinley v. B.C. Tel. This will include assessing the seriousness of the misconduct and any mitigating factors, like length of service and the absence of a history of discipline. Ultimately, the penalty of discharge must be the most proportionate response to address the misconduct

Despite the plaintiff’s long, unblemished career, his conduct, constituting sexual harassment, was inconsistent with continued employment, particularly in a managerial capacity. His lack of remorse was of particular importance in finding that the relationship had completely broken down.

Yet, the Court of Appeal determined that Mr. Render was entitled to termination pay under the Employment Standards Act, 2000 (“ESA”). Under the ESA’s regulations, “wilful misconduct, disobedience, or wilful neglect of duty that is not trivial and has not been condoned by the employer” will disentitle an employee from statutory notice or severance pay.

The Court noted that the “wilful misconduct” standard, applicable to the facts before it, represented a higher standard than “cause”. According to the Court, the statutory standard requires more than simply “Careless, thoughtless, heedless, or inadvertent conduct”. Rather, “wilful misconduct involves an assessment of subjective intent, almost akin to special intent in criminal law.” The conduct in question effectively needs to be pre-planned, and not simply a spur-of-the-moment poor decision.

Finding that the Plaintiff’s conduct did not rise to that level of intent, the Court awarded the Plaintiff his 8 weeks’ termination pay under the ESA.

The Render decision has a number of important takeaways for employers and employment counsel.

First, sexual harassment in the workplace constitutes very serious misconduct that can justify the denial of reasonable notice to a long service employee. A spur of the moment physical contact with another employee’s private, sexual area, is not excusable. A workplace culture that condones sexual or other discriminatory banter amongst employees can no longer be tolerated. However, such a culture will not insulate non-consensual discriminatory behaviour from appropriate sanction, including dismissal.