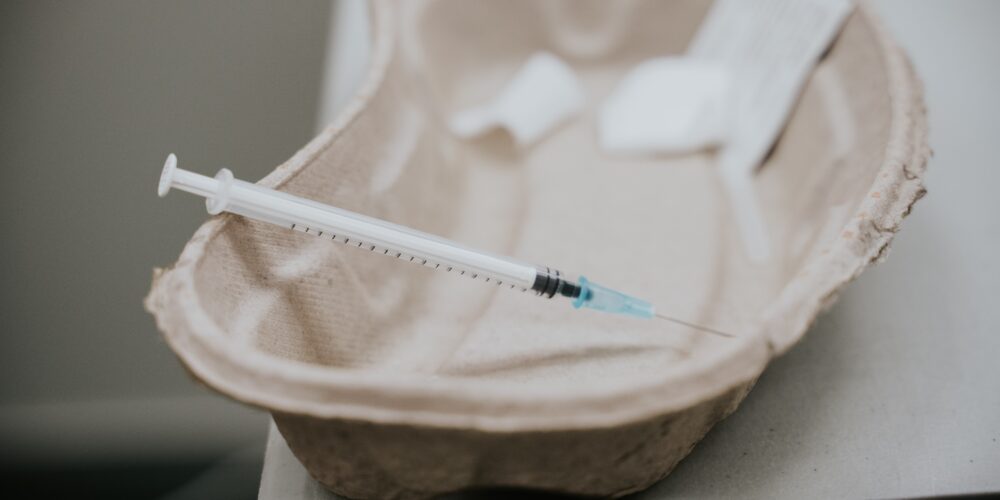 The mandatory vaccine policies (“MVP”s) that arose out of the COVID-19 pandemic were welcomed by many, but not without controversy. Most employees were previously unused to having employers involved in their health care decisions and then were suddenly faced with an ultimatum to comply with vaccine requirements, or face consequences.

It is important to note that no properly-written policy, and no properly-instructed employer, ever ‘forced’ an employee to receive the COVID-19 vaccine. Exceptions were always in place for those who objected on medical or religious grounds. For those who simply chose not to comply, they were not forced to be vaccinated but were warned that they placed their employment status at risk.

A recent decision from the British Columbia Superior Court marks the first time that these MVPs have been evaluated in a civil claim. When an employee who chose not to comply with her MVP was placed on unpaid leave, she claimed that she had been constructively dismissed. The Court, which evaluated the policy and circumstances, has ruled that that was not the case.

The employee was in a senior finance role, with signing authority over all of Gateway’s accounts, and managed a staff of 20. When the employer purchased Gateway in 2021, the employee received a signing bonus in exchange for signing a new employment agreement, which included a stipulation that she would comply with all policies issued by the employer.

By all accounts her work was exemplary, and she was a valued member of the team. Despite Gateway’s poor technological infrastructure, the employee managed to work from home during two different periods of the pandemic and attended the office as needed after hours simply to sign cheques.

The employee worked mostly remotely until Summer, 2021 when the office reopened full time. She then proceeded to work in the office from June 23 until November 30, 2021. The employer had actually planned to move her into a new role in November 2021 which would allow her to work remotely, but due to the MVP, the transition never took place.

While the employer’s Director of Human Resources admitted that she did not know how to handle a pandemic properly, she relied on guidance from the province’s Public Officer of Health, the Center for Disease Control, and media reports. The nature of the business allowed some remote work, but did not permit a complete remote setup.

By Summer 2021 the office had reopened and the team began to consider an MVP. They learned that while 84% of staff had been vaccinated, 35 individuals were not, which they considered an unacceptable risk. The Director of HR concluded that an MVP “was both a reasonable and necessary measure to address the pandemic and the risks associated with COVID-19, as she understood them.”

The MVP was distributed to all employees on October 5, 2021, with the following explanation:

The health and safety of our employees, clients, and communities is a priority. Tribe … is committed to taking every precaution reasonable for the protection of the health and safety of our employees from COVID-19. Vaccination has proved to be a key element in not only protection against COVID-19, but also in the reduction of the transmission of the virus. Therefore, Tribe has adopted a mandatory COVID-19 Vaccination Policy.

The policy required all employees to be fully vaccinated by November 24, 2021, with exemptions made for medical or religious reasons. All but two employees complied.

The employee expressed concerns about the vaccine and how she felt it had impacted certain family members’ health. She informed the company of her reluctance to participate on October 12, 2021, and proposed various remote or hybrid work alternatives. She was informed that no exceptions would be made, and she would be placed on an unpaid leave of absence.

On November 30, 2021, HR sent a company-wide email explaining that the employee and her other colleague who refused to comply would be placed on a three-month unpaid leave of absence. The employer informed her that the situation would be reviewed in mid-February. Shortly thereafter the employee asked about buying out her cell phone, which she was informed was premature since she was expected to return.

On January 25, 2022, the employee was informed that her leave was being extended indefinitely, but she was welcome to return as soon as she complied with the policy. She resigned the next day, and immediately filed a claim of constructive dismissal.

In this instance, the employer had made a fundamental change to the contract, so the analysis turned to whether that unpaid leave of absence was reasonable. Here, the Court applied a standard known as the ‘KVP Test,’ which originally stemmed from a decades-old Ontario arbitration decision. The KVP Test requires:

“that any rule or policy unilaterally imposed by an employer, and not subsequently agreed to by the union, must be consistent with the collective agreement and reasonable. The policy must also be clear and unequivocal and brought to the attention of the employees before it is acted upon. The consequences for non-compliance must be set out, and the policy should be consistently enforced.”

The Court also looked at similar arbitration decisions involving COVID-19 MVPs, and other case law involving mask mandates. Ultimately, the Court ruled that the MVP here was a “reasonable and lawful response to the uncertainty created by the COVID-19 pandemic based on the information that was then available to it.”

The policy was in place to protect the health and safety of workers, and while the employee held strong beliefs about the safety of the vaccine, the policy was reasonable given the circumstances at the time. The Court ruled that “her entitlement to hold beliefs and to protect her bodily integrity does not entitle her to impact other Tribe employees or, potentially, the thousands of residents in the building to which Tribe provides property management services.”

Thus the employee’s refusal to comply with a workplace policy was a “repudiation of her employment contract,” and any losses that she suffered were a personal choice. Her constructive dismissal claim was dismissed.

This is the first civil case that we have seen determining the validity of MVPs, and when it comes to employees who refused to comply with reasonable vaccination requirements, the law appears to be on the employer’s side. So long as the employee did not have a legitimate medical or legal exemption for not receiving the vaccine, refusing to comply can be treated the same way as refusing to comply with any reasonable policy.

The challenge though with case law is that given the timing of the courts it is usually at least a year behind. This case deals with matters at the end of 2021 when COVID variants were raging and MVPs and vaccine passports for customers were a common, everyday occurrence in most businesses.

Now, though, the standards have changed again as businesses and governments begin lifting most all COVID restrictions. While this case offers a likely expectation for employees who refused to comply a year ago, it is less clear cut what would happen to an employee who refused to comply today, especially with businesses and governments now eliminating their MVPs. Accordingly, the case should be viewed with caution. Every MVP case, and every constructive dismissal case, will turn on the unique facts and circumstances of that case.

We focus on staying up to date with the latest changes and trends in employment law and help guide you in making decisions that protect the health of your business and your team. Contact us today to set up a consultation.